With a gap of 0.59 seconds Erik Willems wins the overall standings for the second time, Dan Mundell settled in second position while, more delayed, Enrico Rinaldi closes the podium.

In the town of Pietramontecorvino, on Sunday 20th of March the second and last day of MOTOCROSS MARKETING Round 1# kicked off. The Borilli Enduro European Championship reaches its second day of competition that, as anticipated, looked like the previous one. It took place on three laps with two special tests, the Eleveit Enduro Test, performed in the first time control and the Airoh Cross Test, positioned within the second time control.

The trials formed during yesterday did not only make the transfer impervious but also the Eleveit Enduro Test which gave a lot of hard wring to the 96 riders who started on this second day of the race. The Airoh Cross Test did not undergo any particular changes, developed on a hard and dry ground and presented itself to the pilots in the conditions in which they had left it.

The battle for the first position has turned into a two-side box match made of blows and against blows; two are the names that we will have well imprinted in our minds, Erik Willems and Dan Mundell. These two incredible riders fought each other throughout the day giving the large audience a reason to stay until the end; in fact, the winner of MOTOCROSS MARKETING day 2 was decreed at the end of the last special. A battle carried out in full respect of the opponent and which ended with a great handshake between the two contenders and with the promise that in Hungary the rankings will be reversed. Unlike yesterday Enrico Rinaldi had a slow start which prevented him from entering the battle ring but despite everything he ended today third overall. 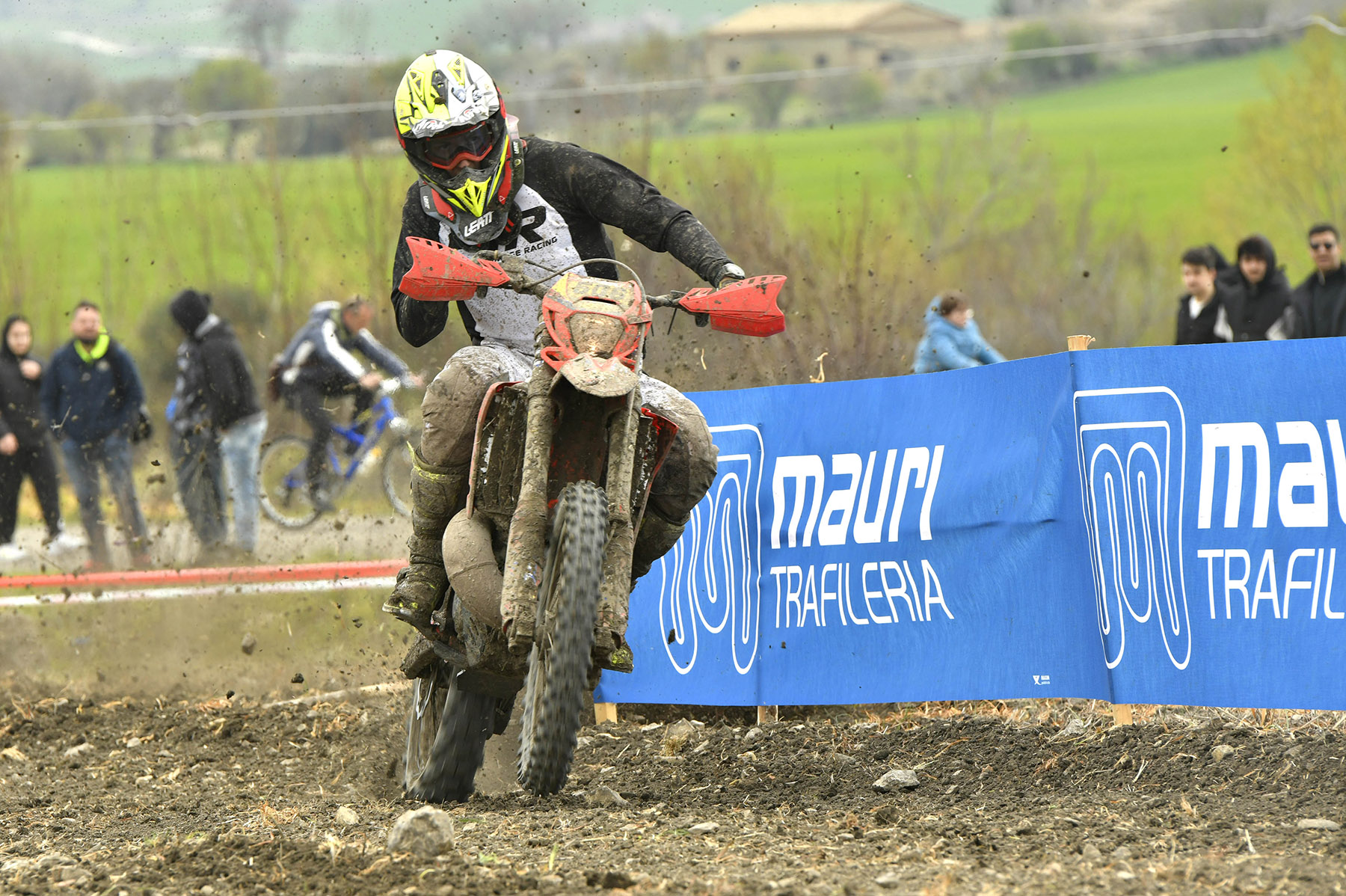 Erik Willems: “I started very strongly, I immediately found the feeling with the special stages. In the second lap, unfortunately, I crashed in the Eleveit Enduro Test, I drove well in the second Airoh Cross Test. In the last enduro test I tried to survive and drive safely. Arriving at the last race I had nothing to lose and I pushed and gave everything and even today he rewarded me.”

Dan Mundell: “I fought all day with Erik, I wasted time in the first Enduro Test, I managed to take the leadership of the gender ranking at the end of the last Eleveit Enduro Test but I knew that in the Airoh Cross Test we were very close in terms of time. I pushed to the last but Erik was faster. I’ll take revenge in Hungary.”

Enrico Rinaldi: “I struggled to find the right pace today, at first I couldn’t be fast enough but then the speed came, not only in the Enduro Tests but also in the Cross Test and I’m really happy with that.”

Erik Willems also reconfirmed his performance on day two and consolidated the leadership of the category reserved for the overall winner. He won the special plaque signed MOTOCROSS MARKETING, a special prize reserved for the overall winner of this first round; the Belgian also won the plaque of championship leader. A great weekend of racing yours!

Within Youth, Manuel Verzeroli (Sissi Racing) gave everything he had to reconfirm the victory of day 1 and succeeded in a great way. Two small mistakes in the enduro test gave Daniele Delbono the illusion that he could take the first place that for him will be the goal of the next round. Alberto Elgari after a first day of the race in which he  suffered, managed to realize good times even within the Eleveit Enduro Test and today closed third.

Simone Cristini (GTG Motogamma), Killian Lunier and Carlo Minot have carried out throughout the day, within Junior 1. To get the victory was the Italian, Simone Cristini, who managed to keep up well throughout the competition and at the end of the last special he saw the first position arriving into his hands. The Frenchman Killian Lunier for only 1.5 seconds had to settle for second place while the other Italian driver, Carlo Minot, took the third class position.

Junior 2 saw a difficult start for its winner, Enrico Rinaldi (GTG Motogamma) who struggled to find the right rhythm in the first stages but regained his usual pace and made an incredible comeback up to the first step of the podium. Lorenzo Bernini gave everything today but he failed to realise the victory of the day and therefore finished second. The Czech driver, Zdenek Pitel, reconfirmed the third position obtained on the previous day.

Also within E1 an incredible battle was carried out between Maurizio Micheluz and Federico Aresi (Sissi Racing). Maurizio Micheluz after a long fight managed to impose himself on his rival and for only 4 seconds he therefore reconfirmed what he did on the previous day. Federico Aresi made his bike “sing” but his compatriot still got the better of him. Jacopo Traini finished the podium, his excellent race that remained stable in third position for all race long.

E2 saw the victory of Erick Willems who after reconfirming the absolute victory also took home the class victory. Giuliano Mancuso, after a day 1 not exactly up to his expectations, took home the second position in the category. To close the podium the Englishman Thomas Ellwood who lost a position compared to day 1.

Dan Mundell would have  lost the overall victory but the class victory never left his hands for a second. With the victory of all the special tests, he definitely prevailed over Belgian rival Damianes Dietger who, despite the excellent times recorded throughout the day did not reach the final goal. The podium of the E3 class has re-proposed itself the same as that of the previous day and therefore in third place we find the French David Abgrall.

Alessandro Rizza confirms his first position within the Senior class with the second class victory. This is a difficult race that took place in Pietramontecorvino but that failed to knock out the strong Italian driver. German Arne Domoyer also repeated the performance recorded on day 1 and confirmed his second position. Slovenian Martin Gottvald also confirmed what he did during the first day of competition and he is on the third step of the podium.

The Englishman Nieves Holmes wins the second consecutive victory within the class reserved for women. The Czechoslovak driver crossed the Frenchwoman and took the second position, tying the transalpine in third place. The podium is therefore composed as follows: Nieves Holmes, Zuzana Novackova and Marine Lemoine. 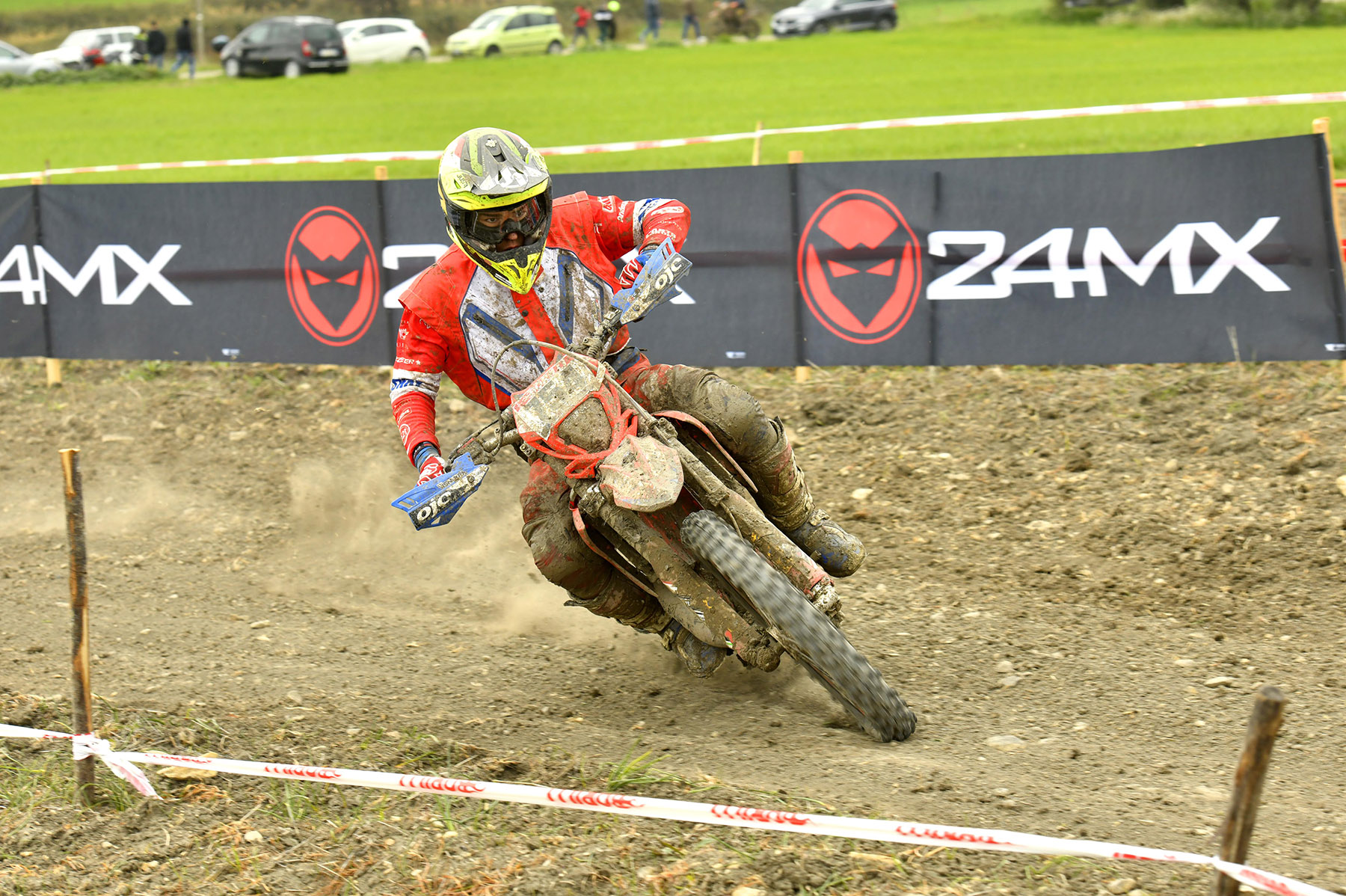 The 24MX 50 cc Trophy saw 5 drivers at the starting gates but also today the difficulty of the track prevented three of them from crossing the finish line. Luca Piersigilli took the victory that had escaped him yesterday. Niko Guastini, winner yesterday, today settled in second place. In special recognition of their efforts, 24MX has reserved for the protagonists of its trophy a rich prize made by products signed 24MX. An excellent result was achieved by the two young Italians. Riding their Beta 50 they have gathered a lot of experience that will be useful to them in the competitive future. 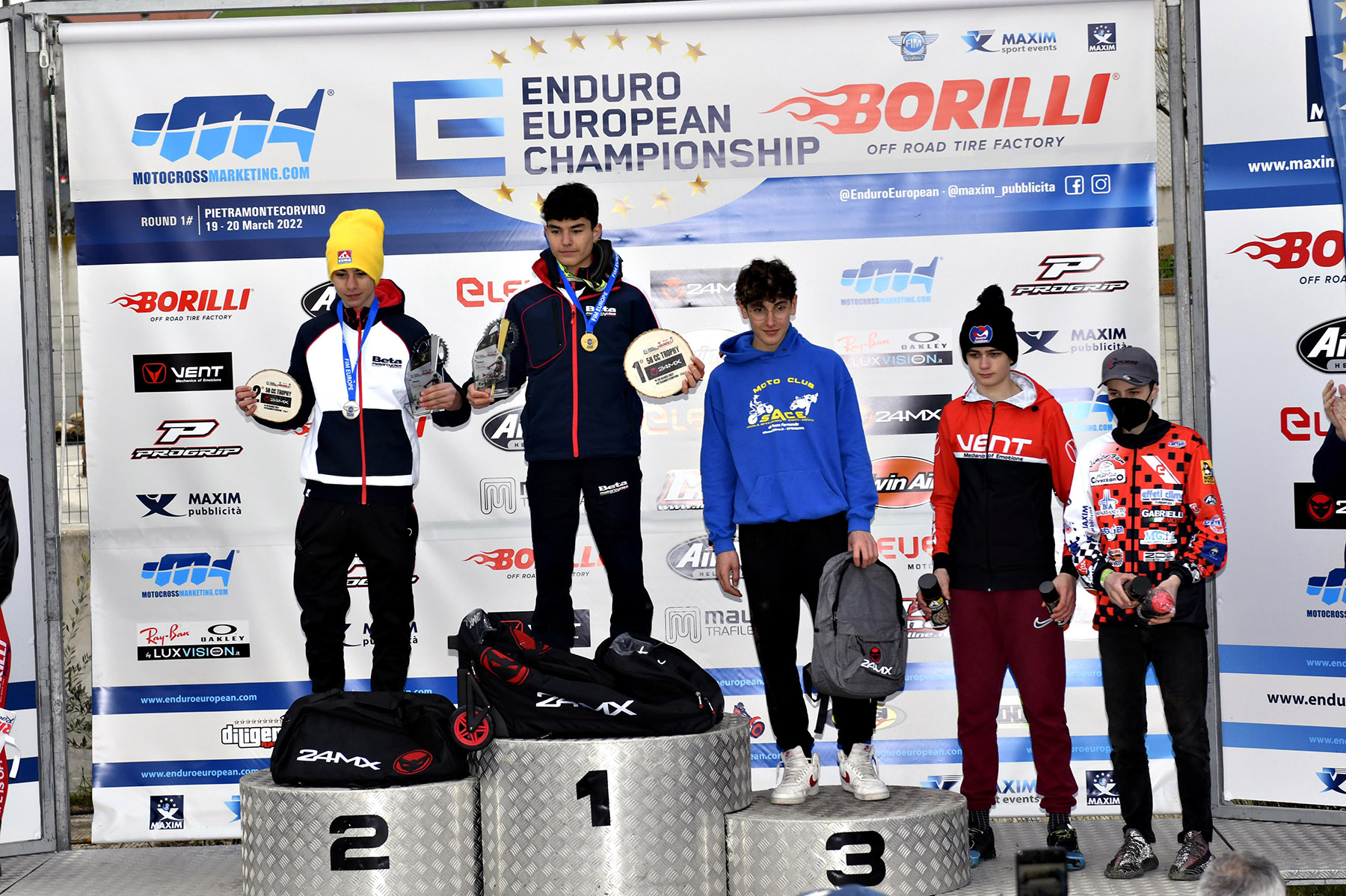 The Eleveit Enduro Test with its trials and the huge amount of water has put the riders in difficulty; being able to interpret it better was not easy. It was necessary to find a compromise between aggression and delicacy to be able to get to the bottom without making mistakes. The one who found the right combination of these two elements was the Englishman Dan Mundell.

The Airoh Cross Test was gentle with its competitors, the fast and smooth track allowed the riders to better express their speed, but at the same time the absence of trials required a certain mastery of their bike. The best interpreter of this track was Willems.

As happened for day 1 the riders defended the colours of their team. Diligenti Team today triumphed thanks to the excellent performances of its drivers (Micheluz Maurizio, Giuliano Mancuso, Jacopo Traini and Dan Mundell). The Lago d’iseo team today finished second, within its team the following drivers were deployed: Daniele Delbono, Simone Cristini, Enrico Rinaldi and Lorenzo Bernini. Sebino, which thanks to the performances of Edgardo Paganini, Nicola Recchia, Alessandro Rizza and Matteo Grigis, reconfirmed what he did yesterday.

The inaugural round of the Borilli Enduro European Championship 2022 has officially ended. The large amount of water that appeared following the melting of the snow increased the difficulty of the tracks making some changes necessary; despite this, the special tests, thanks to their diametrically opposite natures, allowed each rider to better express their skills. What a beautiful race went on this weekend.

The next round is closer than we think, in Hungary, on 2nd April and 3rd April, the next two days of the Borilli Enduro European Championship 2022, entitled ELEVEIT Round 2 will start. If what happened to MOTOCROSS MARKETING Round 1 thrilled you, stay with us because this is just the beginning.