Saturday 2nd and Sunday 3rd of April the 2nd Round of the Borilli Enduro European Championship 2022 will be staged. In Hungary, in the city of Tamasi, ELEVIT Round 2 will open its doors to the more than 100 riders enrolled in this second act of the continental enduro championship. Eleveit, the prestigious Italian brand, manufacturer of boots and clothing for the performance of motorcycle activity, has become the main sponsor of the second round of the championship, going to name the championship’s day 3 and 4.

A Round 2# promises to live up to the expectations created by the previous one. With three special stages within a track of about 50 km. There are all the conditions for a high-level race. The Elveit Enduro Test with a length of around 6 km and with a track that develops for the most part inside a dense forest will host the third and fourth Rounds of the homonymous Trophy. Will Enrico Rinaldi be able to defend the leadership of the Eleveit Enduro Test Trophy?

The Airoh Cross Test with a length of approx 4 km is spread over a single course and with its corners will challenge the participants in the race. A track that promises to be fast and smooth with wide curves that will allow the riders to show off their speed. This will be the stage of the Airoh Cross Test Trophy. Will Erik Willems be able to repeat the times recorded in the last Round or will Nicola Recchia prevail? Which driver will win the Airoh Cross Test? 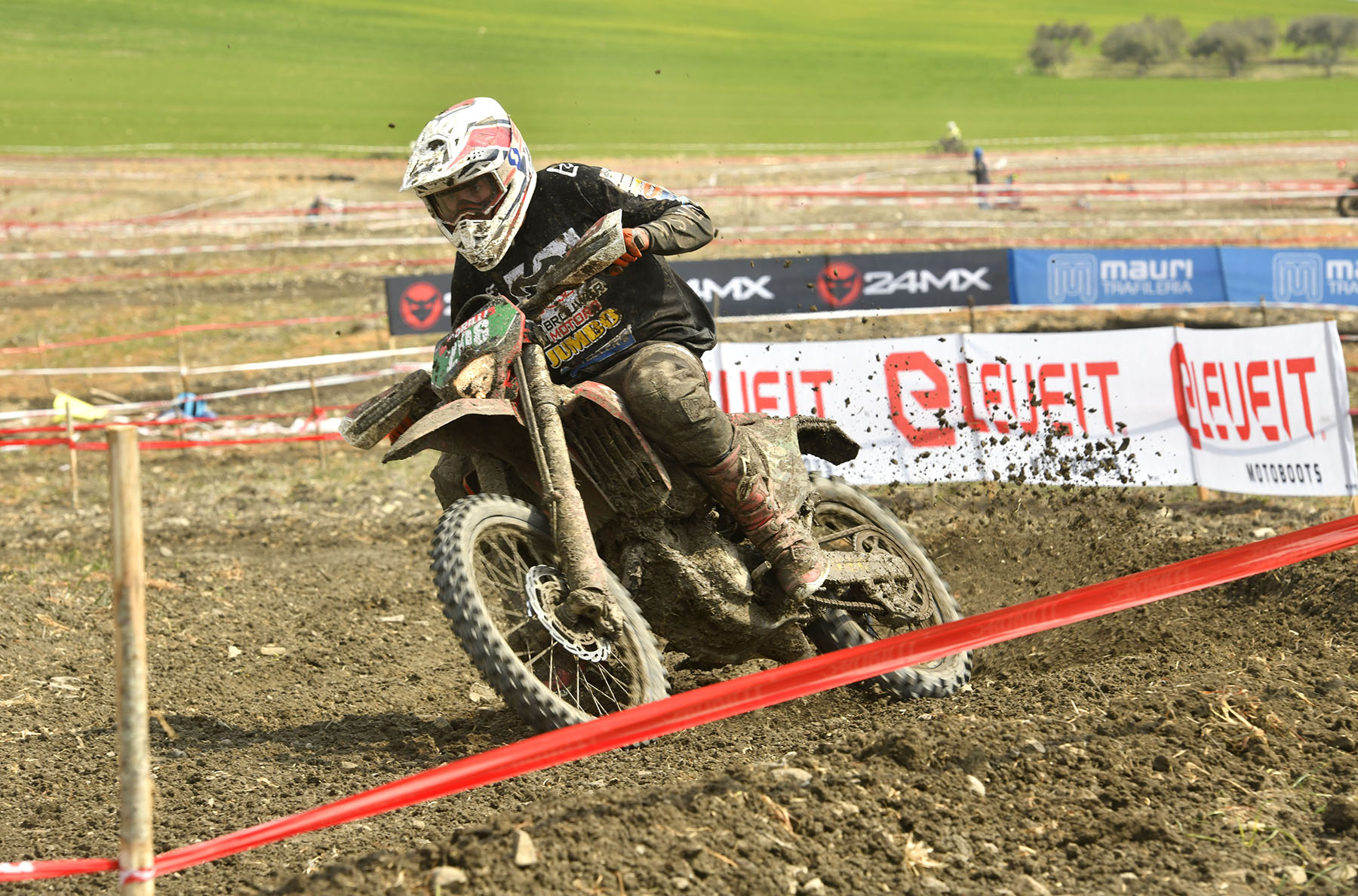 In Pietramontecorvino the 24MX Extreme Test was cancelled due to the snow inside the track and so in Tamasi will see the riders competing inside this special test the first time within the Borilli Enduro European Championship. An extreme test characterised by artificial obstacles with a length of just under 2 km. Technique and good control of your bike will be the skills required to better face the special stage. If within the Enduro Test and the Cross Test speed and explosiveness are necessary to impose themselves on competitors in the Extreme Test a conservative and attention to detail guide will be the best choice; Walk the special test in the days before the race will be fundamental, the study of the best trajectories has never been so important.

Will Erik Willems repeat the amazing result recorded during the first round? With a double both within his own class and within the absolute, he is the man to beat. Dan Mundell is ready to close the gap of only six points in the general classification. We are only at the beginning, the games are far from closed and everything could happen. Enrico Rinaldi currently occupies the 3rd overall position, however he is such a talented guy that we presume will leave the third step of the podium as soon as he can.

Junior 1 was very hard-fought, Carlo Minot won the first day while Simone Cristini won the second; the latter is currently leading the J1 by only two points ahead of his compatriot Minot. Enrico Rinaldi’s double victory now puts him at the top of the Junior 2 standings with Lorenzo Bernini six points behind in second place. Zdenek Pitel is only four points behind the holder of the second position and in this second round he will try to overtake the two Italians in the standings. 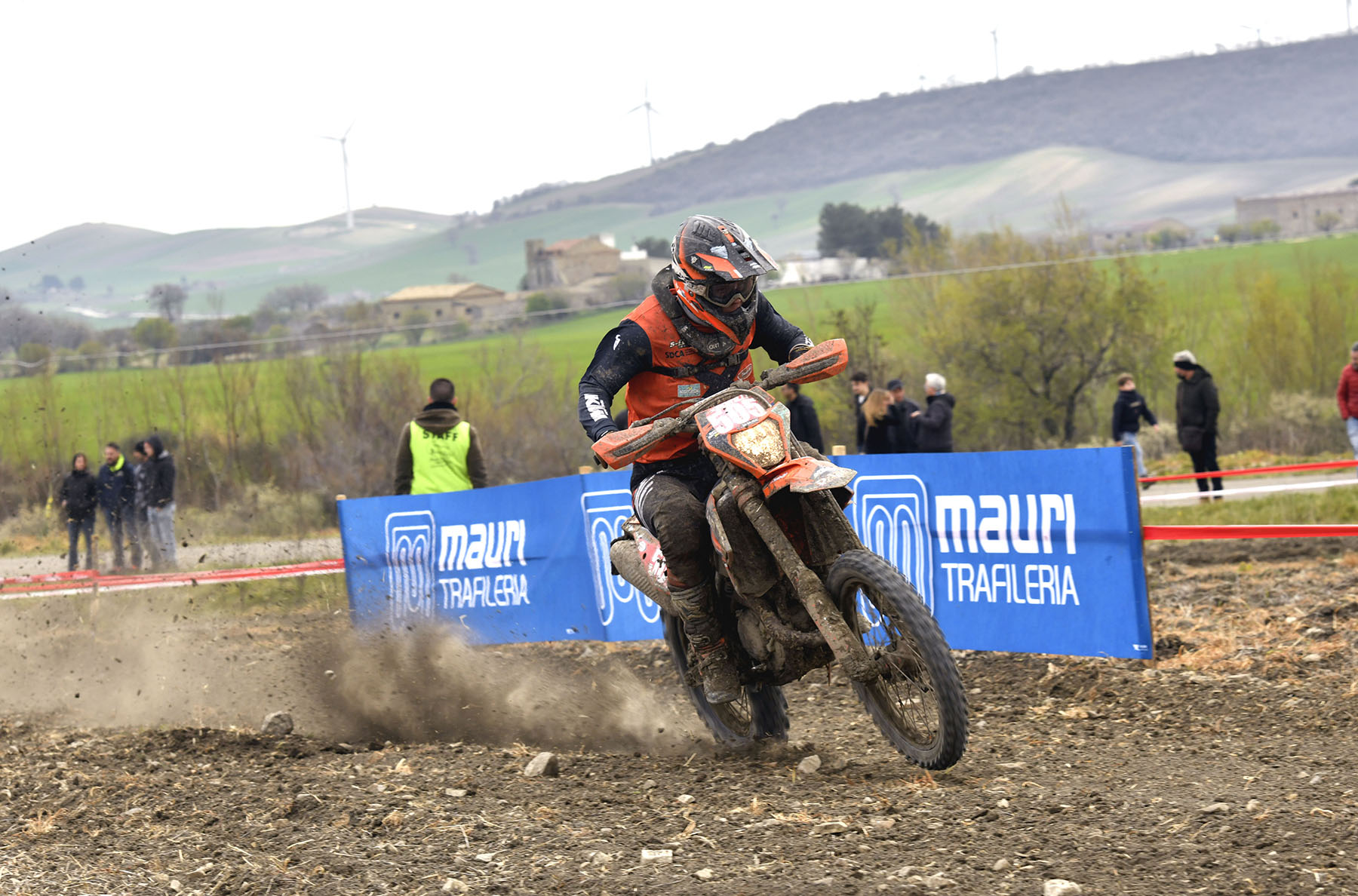 Maurizio Micheluz leads the games inside E1 thanks to the 40 points accumulated during the first round. Federico Aresi, after almost losing the victory on the second day of the race in Italy, is more determined than ever to fill the six-point gap that separates him from his compatriot. The E2 is a very hard-fought class, in fact in second position on equal points we find three drivers: Nicola Recchia, Thomas Ellwood and Giuliano Mancuso. Although the contenders for the first position are many Erik Willems, thanks to the double victory, occupies the first position. Dan Mudell leads his class firmly, E3, thanks to the eight-point detachment that separates him from the Belgian Damiaens Dietger.

The Senior class is led by the Italian Alessandro Rizza who with the Italian double detached the German Ame Domeyer by six points. The Women category is led by the Englishman Nieve Holmes who, having won both days, leads the games with a score of 40 points against 32 of Czechoslovak Zuzana Novackova.

The Trade Team standings sees Diligenti Racing as the provisional leader of the championship, followed by Lake Iseo and Sebino who closes the podium. Who will be the drivers deployed in the Trade Teams to defend their colours?

Will the provisional championship standings be reconfirmed by ELEVEIT Round 2# or will they be turned upside down? Stay with us to find out. For more information, visit the official website of the event: https://www.enduroeuropean.com/gare/gara-round-2/