In the town of Sipoo the continental enduro championship reaches its half, with 120 drivers registered, two intense days of racing are waiting for us!

24MX Round #3 is about to begin! On Saturday 23rd and Sunday 24th of July, in the Finnish town of Sipoo, the fifth and sixth day of the Borilli Enduro European Championship 2022 will kick off. 24MX, has decided to flank its image entirely with the one of the Borilli Enduro European Championship’s third round, by donating its name to the entire Round. The Finnish Round marks the middle of the 2022 season, two of the four rounds scheduled have already been held and now more than ever a good performance could determine the fate of the championship. 120 riders will be in Sipoo to compete among the enchanting Finnish lands. 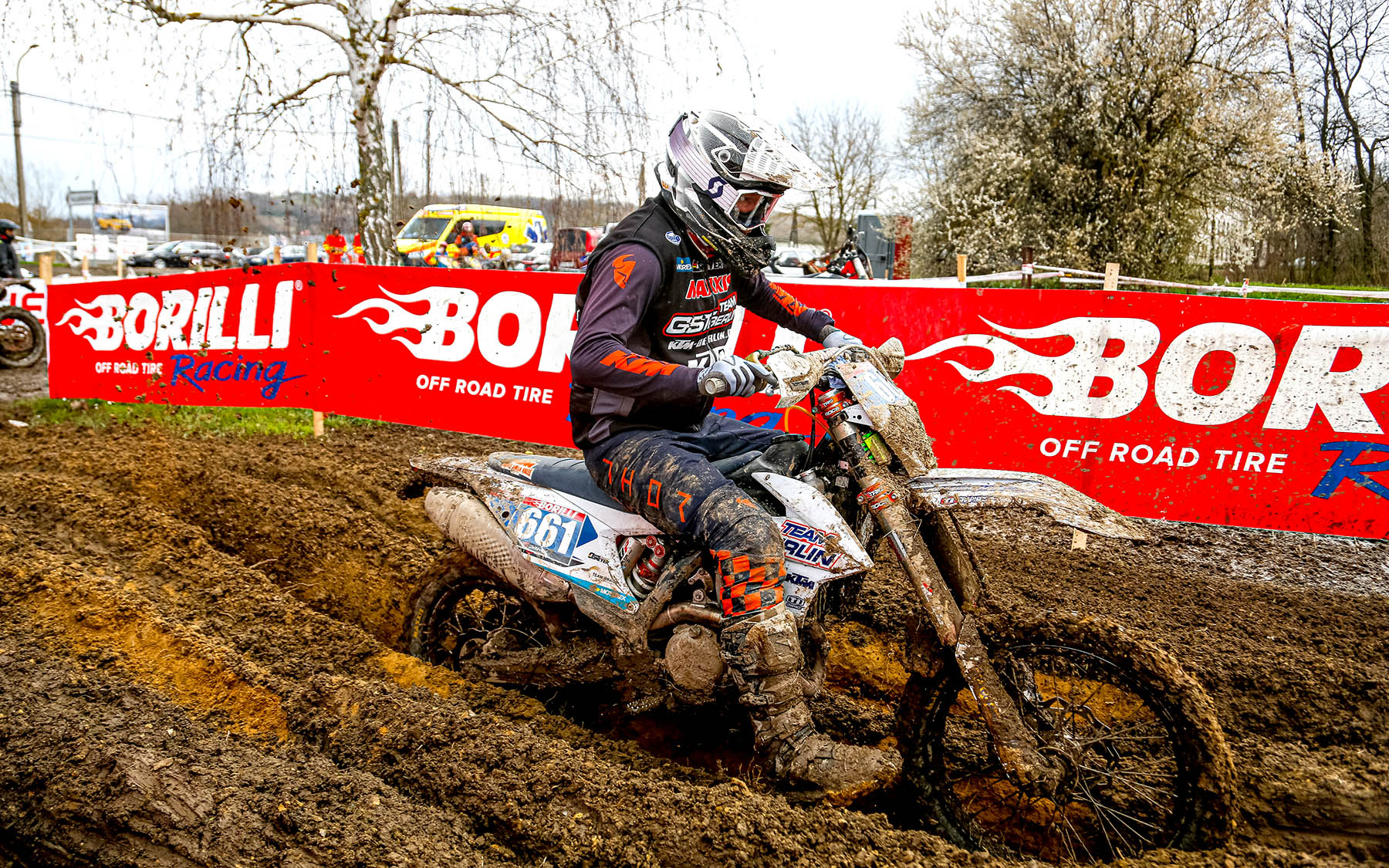 The race will take place over two specular days of competition. The track will have a 65 km transfer and  three special stages to be repeated, three times in both days. The competition will be structured with an eight-piece lap that will see the two time checks both taking place inside the paddock. The first special test will be the Elveit Enduro test, a track of about 5 km with sandy and rocky terrain; followed by the Airoh Cross Test, which extends for just over 3 km; it will have a mixed soil between sand and gravel, while the 24MX Extreme Test, with a length of about 3 km, will be outlined on a terrain with an alternation of mud and roots. To learn more about the tracks on which the event will take place, here is the link to last year’s race (https://www.youtube.com/watch?v=99eSy4wOetI). Two of the three tests are located near the paddock; nothing prevents you from fully enjoying the beauty of this Round! 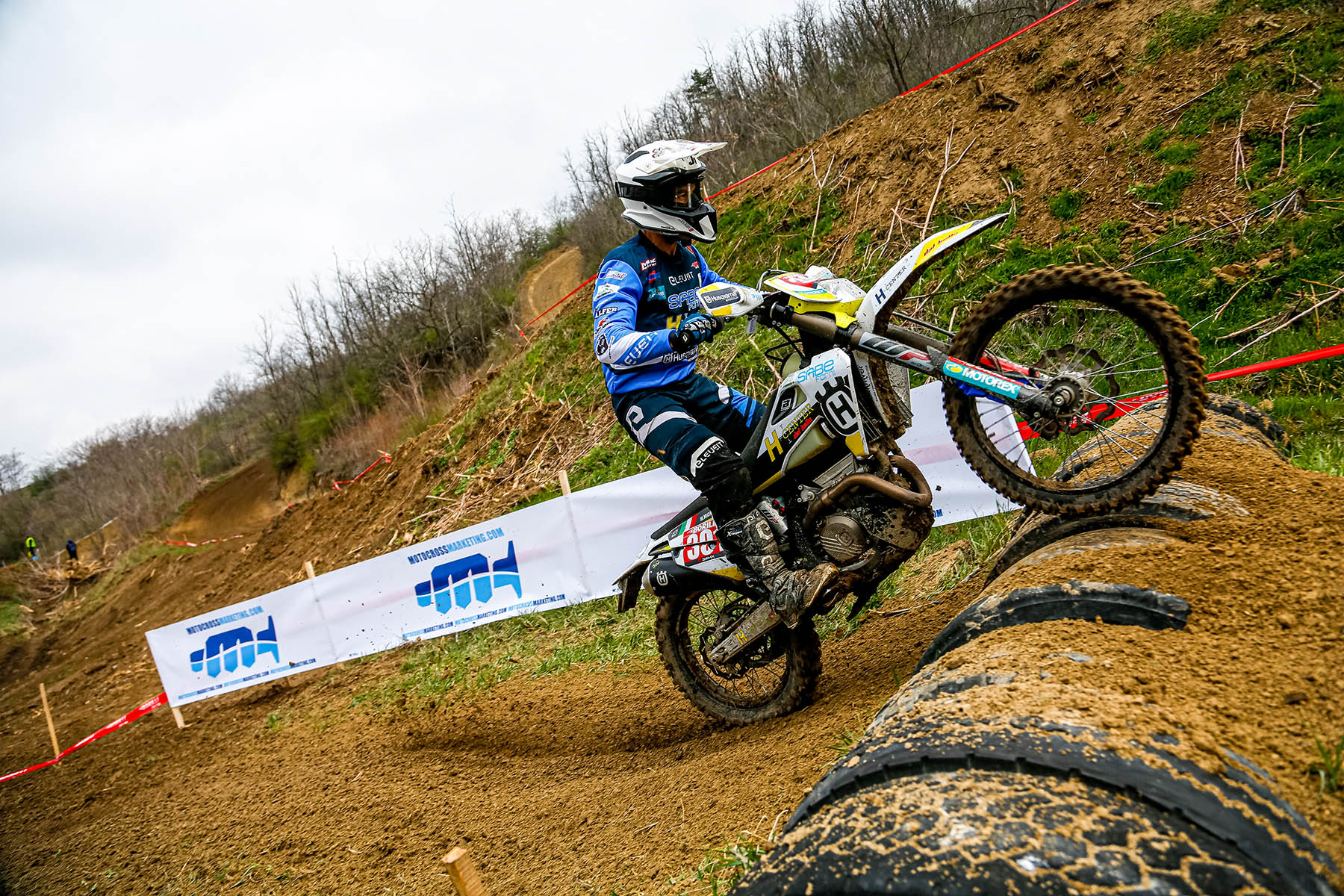 To better start this exciting 24MX Round #3, the organising motoclub, Sipoo Motor Club, is waiting for you for the weekend’s opening ceremony which will be held on Friday 22nd at 8:00 pm. All the drivers will parade with their national flags, inside the paddock, to celebrate the beginning of this beautiful event and spend some moments of conviviality together. Don’t miss it!

The three special tests will give the riders enrolled in the championship a hard time and will require the utmost effort to be the fastest to complete them. Their correct interpretation will not only allow them to be crowned winners of the 24MX Round #3 but also to change the fate of the championship. The points up for grabs have never been so important! The winning road to the title is still long and will have to pass through Germany, however, the opportunities to confirm the ranking in the lead are fewer and fewer and the space for mistakes is reducing more and more. Erik Willems knows that he will have to squeeze his Husqvarna as much as possible to remain the championship leader until the end and take home the 24MX plate of European Champion; the Belgian is not only the championship leader but is also the best driver in the E2, a very hard-fought class that has several contenders for his title, such as the Italian Nicola Recchia and the English Thomas Ellwood. 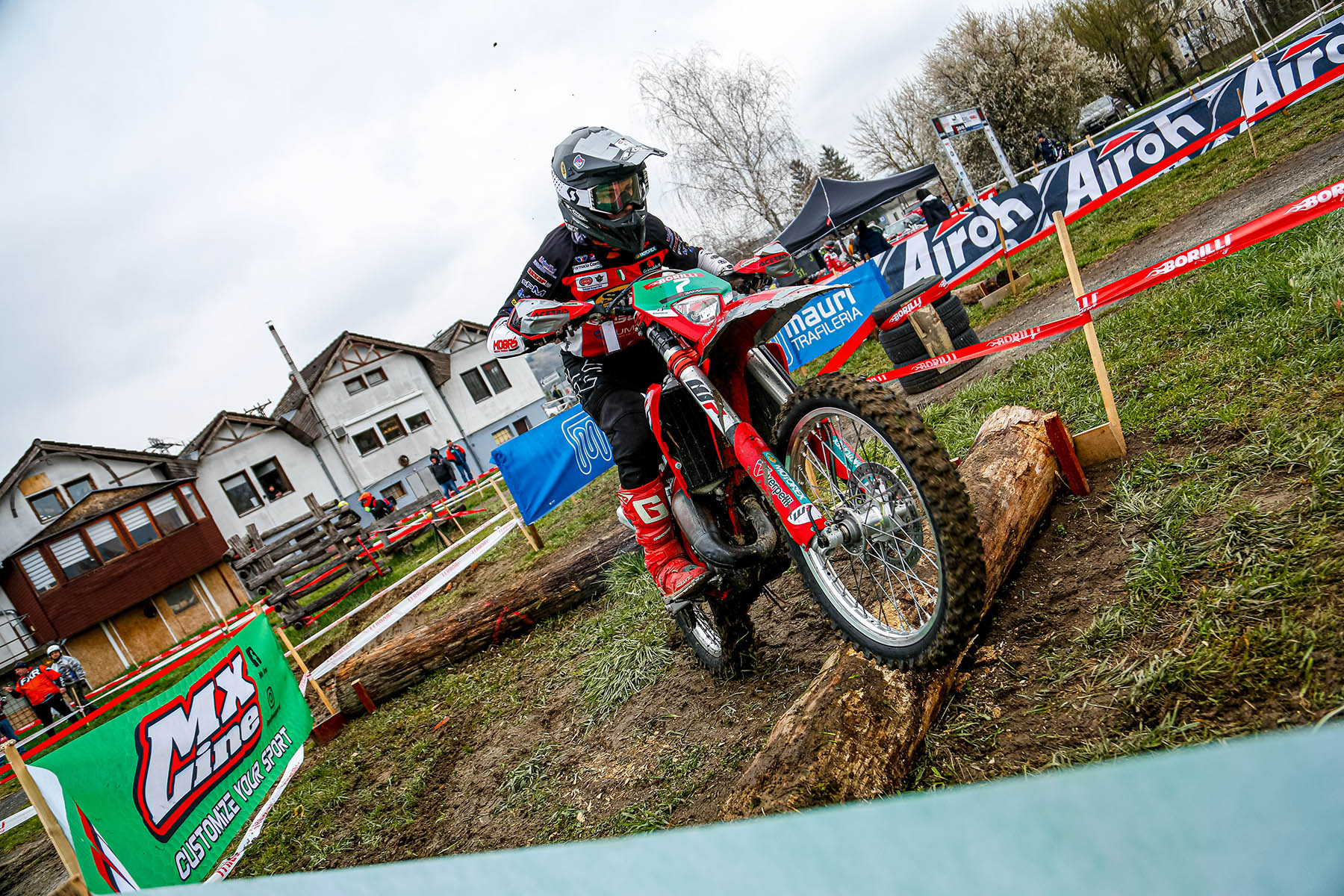 Manuel Verzeroli leads the Youth, but the points that separate him from the second in the standings, Daniele Delbono, are not many. Unfortunately, in Finland we will not see Delbono in action, operated on recently after a bad fall. The French Clement Clauzier, currently third, can make its way. Carlo Minot, leader of Junior 1 must be careful about the performance of Simone Cristini and Killian Lunier, as even in this case the gap between the top three in the standings is really paltry. Lorenzo Bernini, (Junior 2 leader) has to watch his back; only a few points separate him from the Czech, Zdenek Pitel and his compatriot Yuri Quarti. Maurizio Micheluz is firmly in charge of E1, thanks to the three out of four victories recorded during this season; Federico Aresi and Dawid Babicz certainly have no intention of surrendering and they will do everything possible to turn the tide of the E1 class. Dan Mundell leads the games in E3 although rivals Damiaens Dietger and David Abgrall are close to him in the standings, the stages of Finland and Germany will be decisive. 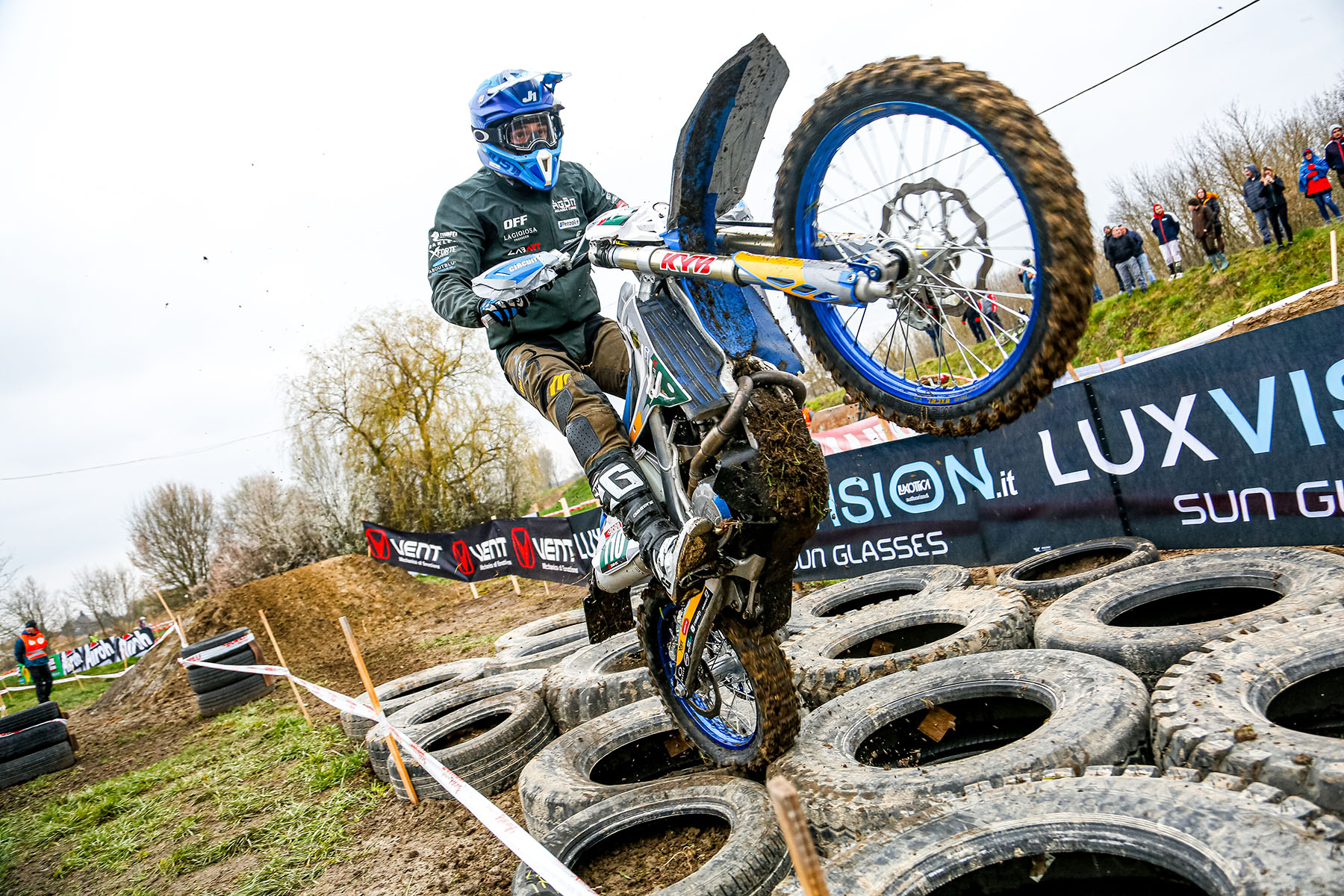 Alessandro Rizza dominated this first part of the season in the Senior class by winning all four days of the race, putting Martin Gottvald and Arne Domoyer behind him, currently on equal merit. The two are more determined than ever to end the victories of the Italian. The talented Nieve Holmes also finished all four days on the top step of the podium, that is why she is leading the Women class. Behind her we find Zuzana Novackova and Marine Lemoine. In the ranking reserved for Trade Teams, two teams are in the lead, both with 74 points: Lake Iseo and Diligenti Team.Third position for the Gaerne team.

Not only the traditional classes are waiting to know their fate but also the Airoh Cross Test Trophy and the Eleveit Enduro Test Trophy; currently Erik Willems is the closest in conquering the beautiful helmet put up for grabs by the Italian brand Airoh while the English Dan Mundell is one step away to take home a pair of high-performance Eleveit boots. The road for having these two beautiful prizes in their hands is still long, however, the two drivers are on the right track to succeed in their intent. 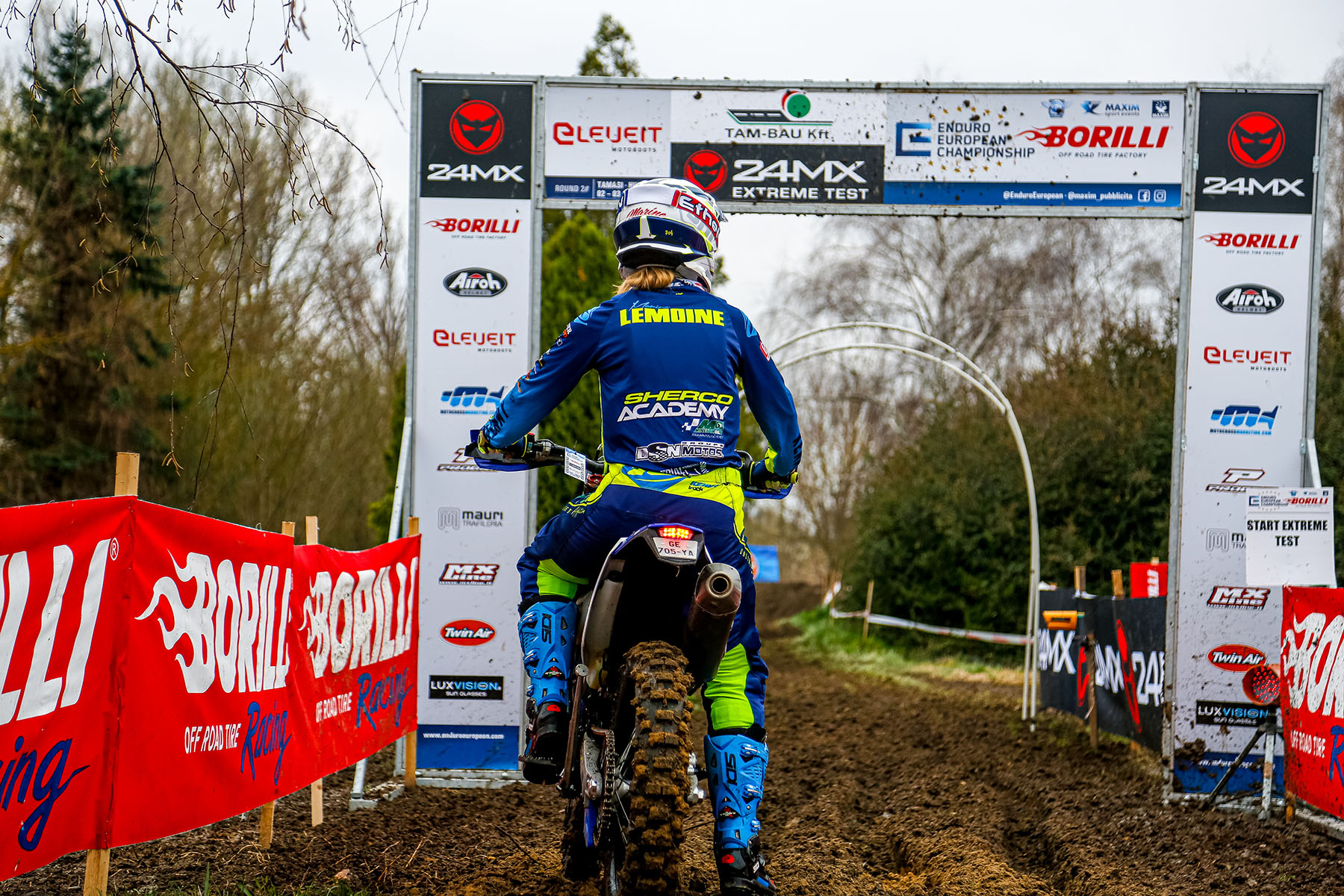 What a hard-fought championship! Several incredibly talented riders are ready to fight once again, obviously under the banner of fair play and sportiness; thanks to their talent they are giving life to an exciting championship, in which no category is victory taken for granted. The games are more open than ever and no one can still be sure of the final success. Borilli Enduro European Championship turned out to be an exciting championship full of surprises. Keep following us to stay up to date on the latest news, consult the social pages of the championship and the official website of the event (https://www.enduroeuropean.com/) 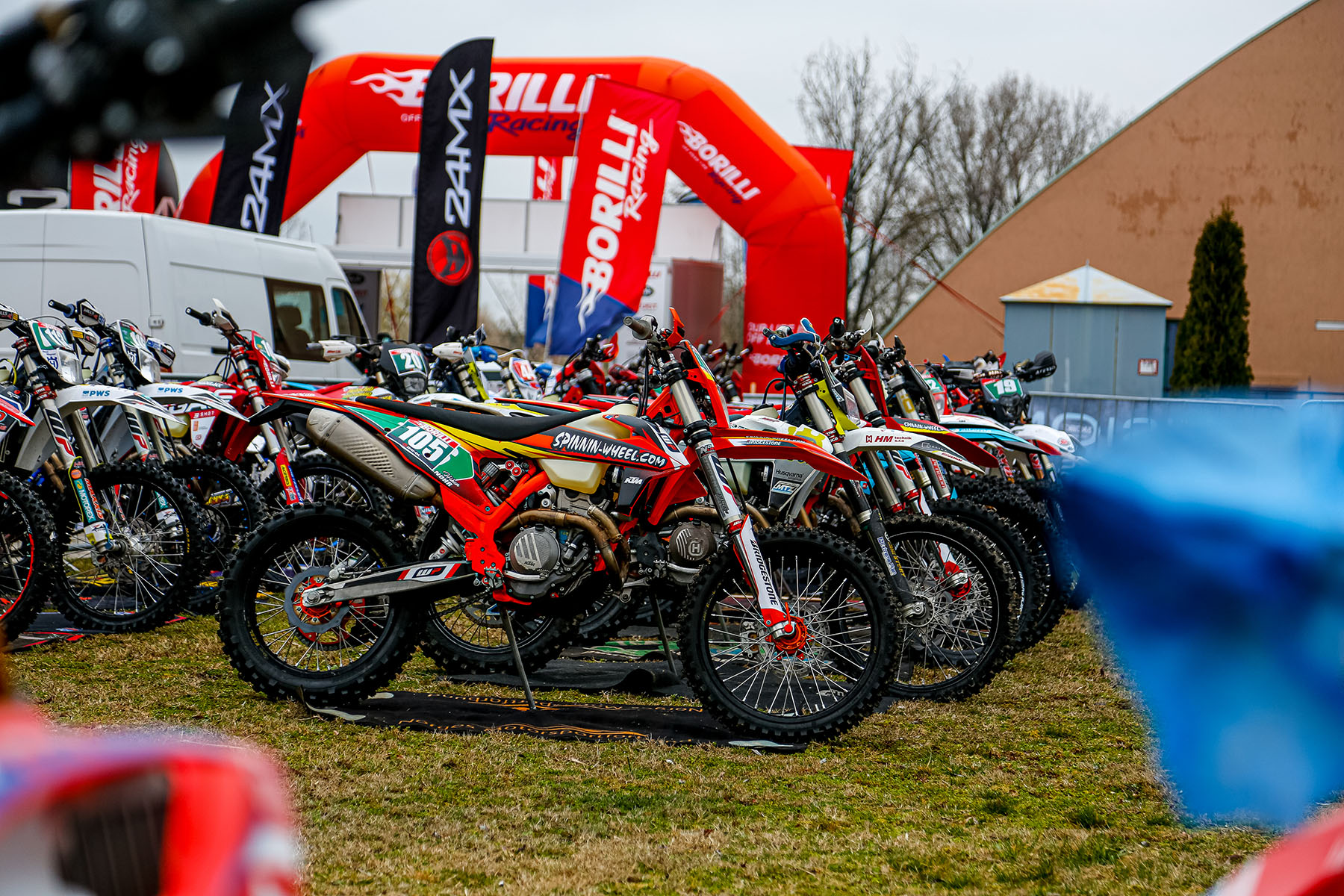