The Airoh Round 4# is about to begin; the season finale of the Borilli Enduro European Championship 2022 will kick off on Saturday 29th and Sunday 30th October in the German town of Rudersdorf, a location not new to international enduro. In fact, for years the beautiful Rudersdorf has been the protagonist of some of the most important international enduro championships such as the last stage of the 2018 EnduroGP world championship. Now, however, the time has come for the Enduro Continental Championship to go through these fantastic and historic routes with the last round of the season that will take place this weekend.

Two important pieces of information for the proper conduct of the event: on Sunday afternoon the streets near the paddock will be filled with children eager to celebrate Halloween, so we recommend that you maintain a controlled speed inside the paddock and near it, as well as pay more attention. In addition, in the night between Saturday and Sunday the time change will take place, all the clocks will have to be brought back an hour. To reach the paddock it is advisable to use exit 4 Fredersdorf/vogelsdorf or 6 Erkner; as due to some maintenance work exit 5 is closed. 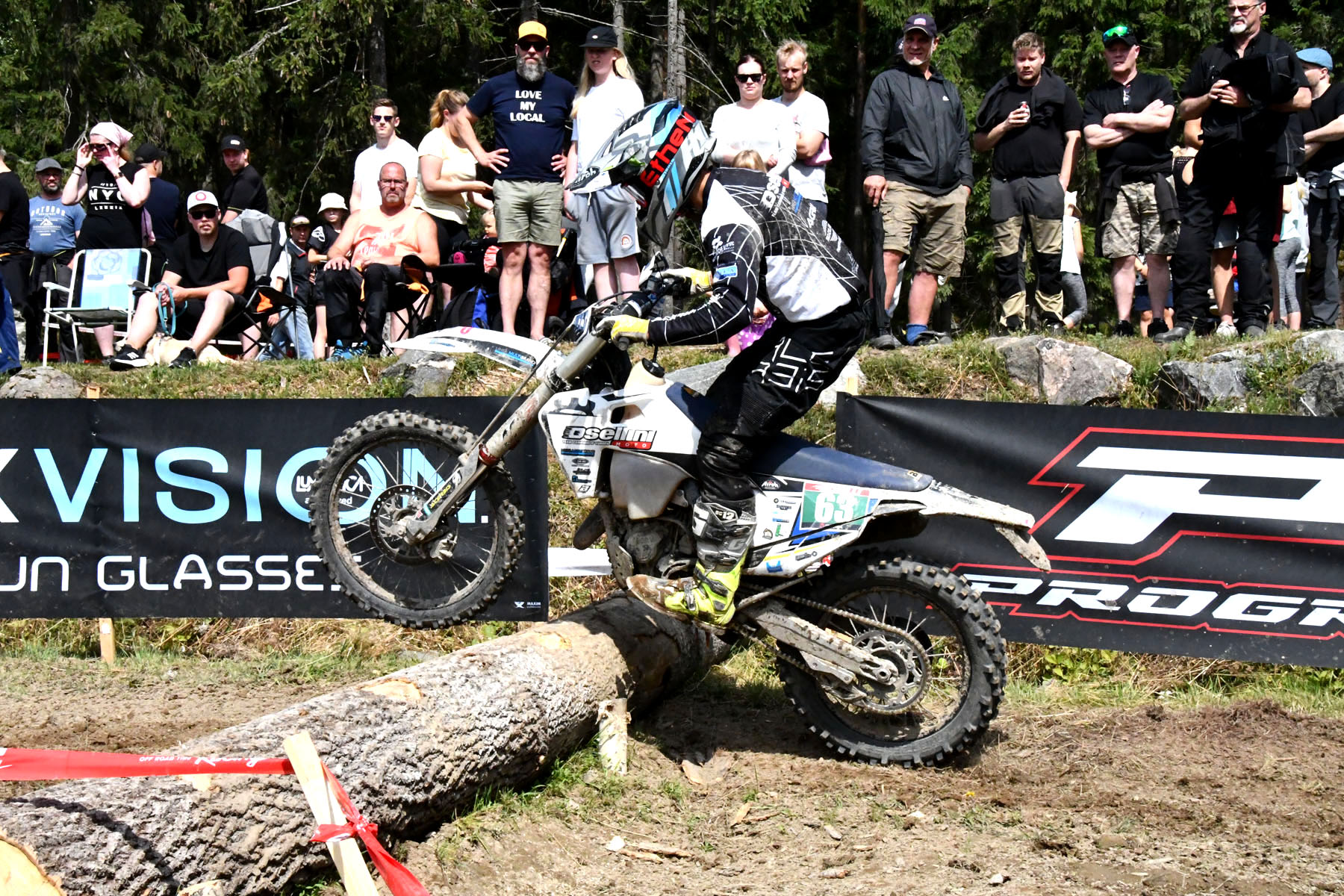 60 km of transfer, of which 58 are off-road, is the length of the route designed by Motoclub Woltersdorf and which will be tackled three times on Saturday and Sunday by the 128 registered riders, who will try their hand at three special tests within each lap. The first special test will be the 24MX Extreme Test, placed inside the paddock; the special test is developed within a natural track inside a dense undergrowth and will last about 5 minutes. The Airoh Cross Test was instead drawn inside a narrow lawn and will be about 6 minutes long; the underground of this special is sandy and characterised by a guided track. Before tackling the Cross Test, our riders will find a time check. At the end of the lap there is the Eleveit Enduro Test. The special test was drawn on a path of about 12 minutes inside a forest with a sandy and rocky underground. Close to the special test  will be placed a party area, with food-trucks to cheer the public. The route will have three time checks within it, two of which are with assistance and one without; contrary to what was previously communicated, there will be no tight time check. 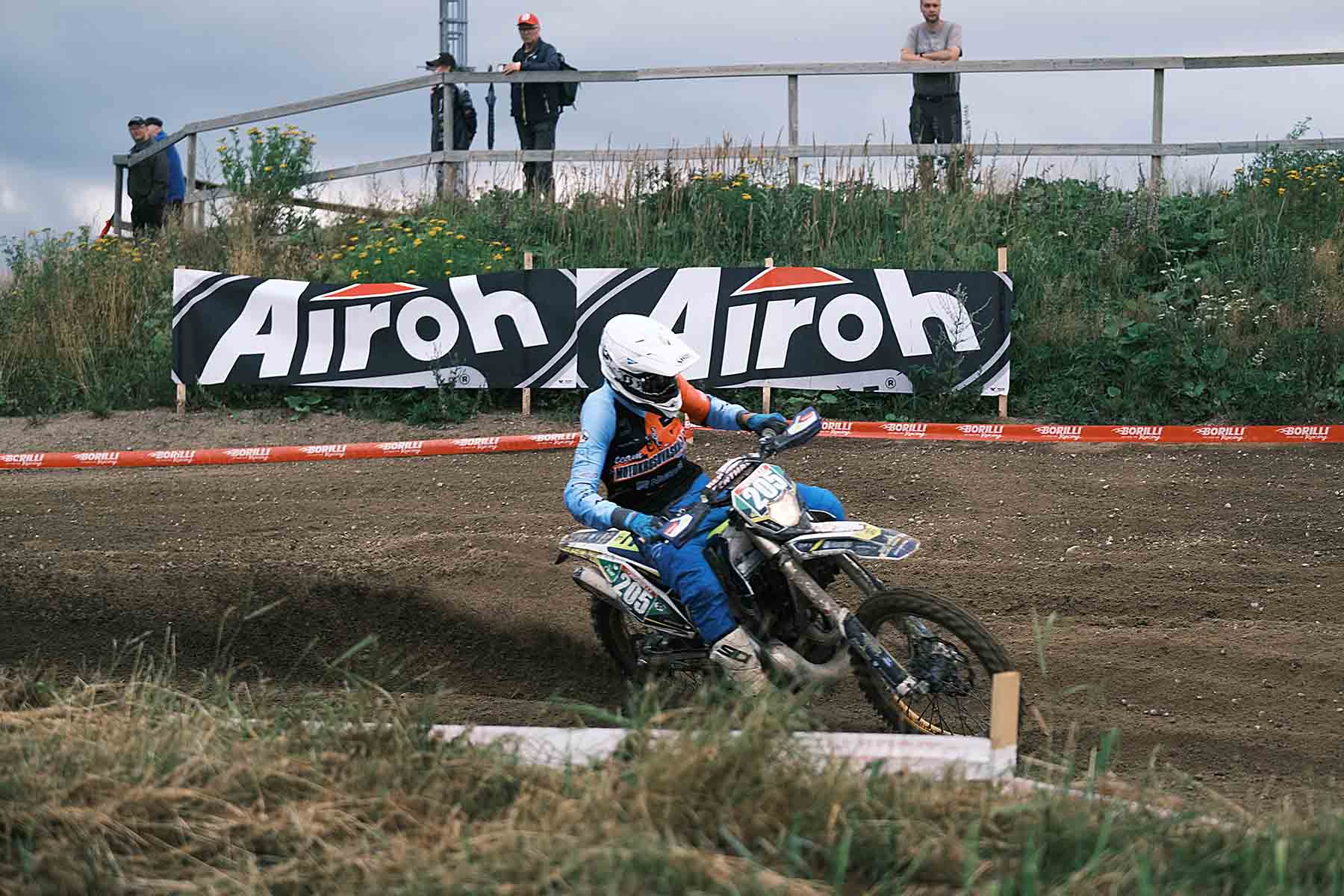 The Italian national team will be represented by Carlo Minot, Nicola Recchia, Maurizio Micheluz and Enrico Rinaldi in the competition reserved for the National Teams, and by Manuel Verzeroli, Cristini Simone, Daniele Delbono and Lorenzo Bernini for the National Youth/Junior Team. The Italian national team will also detach Francesca Nocera, Elisa Giovinetti, Aurora Pittaluga and Sara Traini, who will run for the Women National Team. 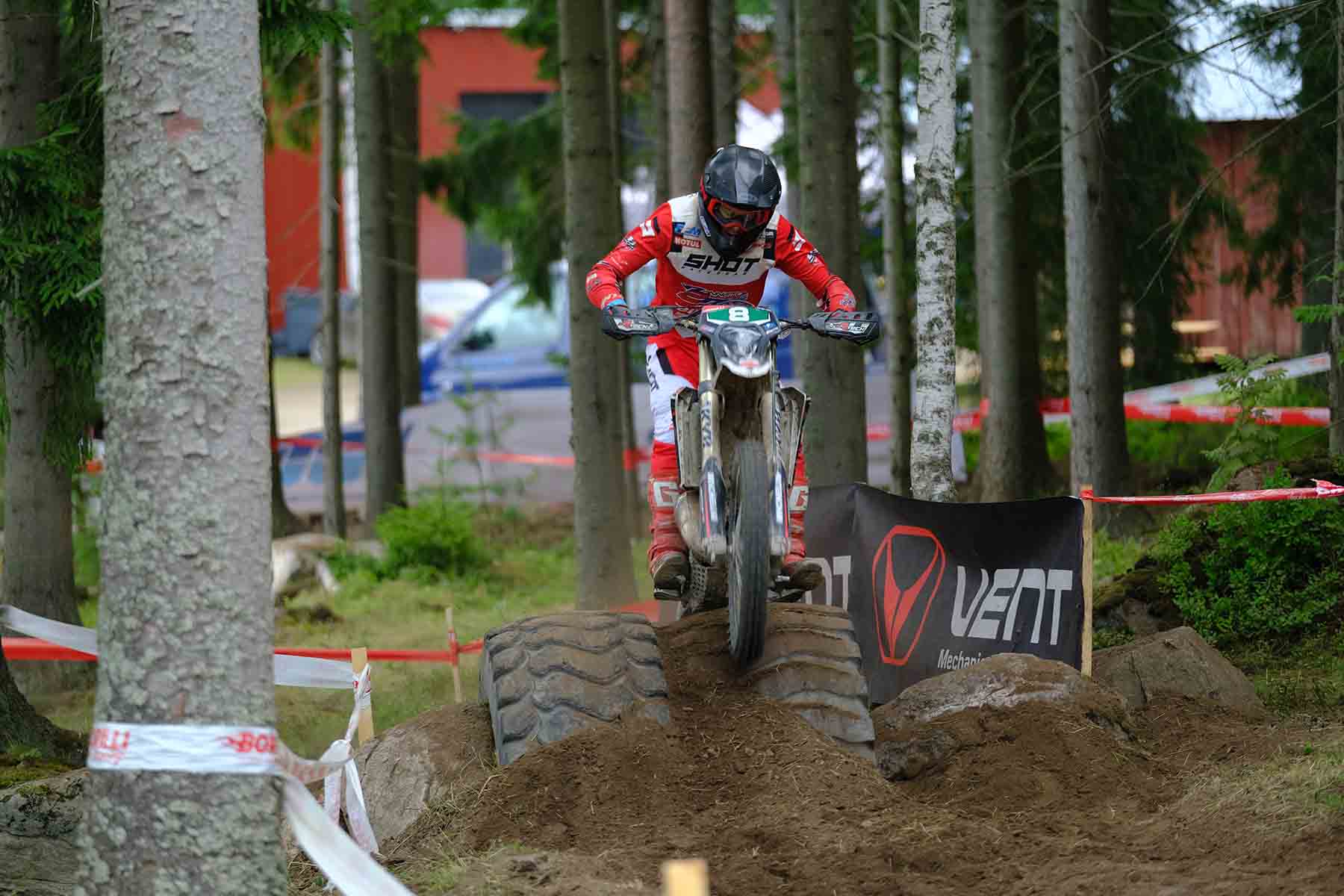 To give the right emphasis to this event at 2.30 pm, a photo shoot will be organised for the riders of the national teams, who dressed in their own uniforms will go on the podium to be photographed with their Team Managers.

We will also find the riders of the Vintage European Championship deployed in the closed park, also for them the one in Rudersdorf will be the last appointment of the season.

The situation in the championship rankings sees Erik Willems lead the games within the Overall class thanks to the 100 points collected so far, behind him a fierce Dan Mundell at 79 lengths while slightly more retarded the Belgian Damiaens Dietger (67 pt). The Youth class is led by the Italian Manuel Verzeroli at 104 points, Clement Clauzier is second at 99 while at 67 lengths Daniele Delbono closes the podium. The hard-fought Junior 1 has as its best exponent Carlo Minot (109 pt), as its deputy Simone Cristini (97 pt) while the Frenchman Killian Lunier is currently third with only 7 points behind Cristini. Lorenzo Bernini is the best driver of Junior 2 thanks to the 96 points collected so far, Yuri Quarti is second at 79 points while Zdenek Pitel is third. Unfortunately, the Italian Quarti will be absent due to an injury, we take this opportunity to wish him a speedy recovery. 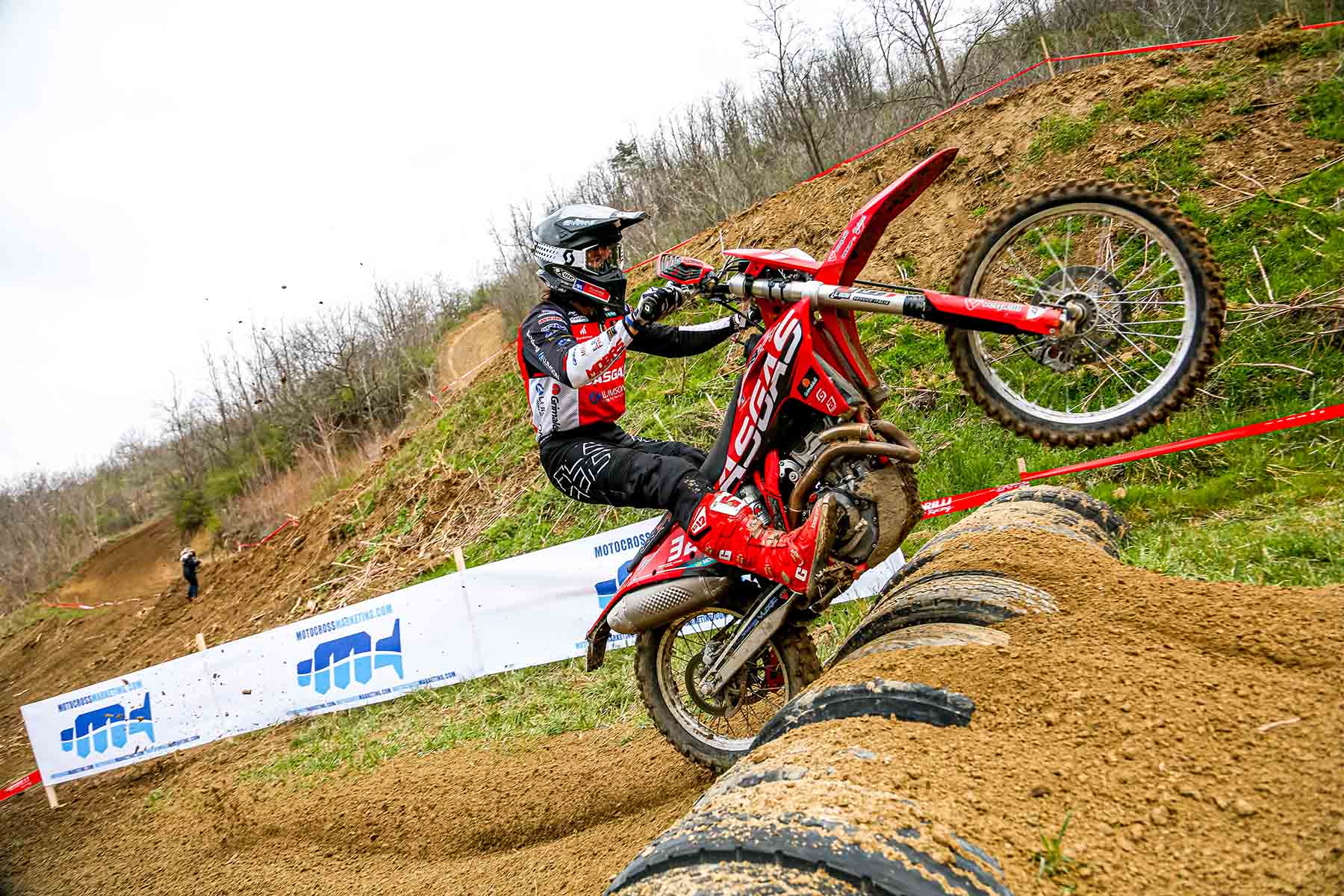 Maurizio Micheluz dominated the E1 class and that is why with his 111 points he is the class leader, Federico Aresi will seek the attack at the top, his 97 points allow him to still hope for a final victory; Dawid Babicz closes the Top 3 with 73 lengths. Leader of the championship and E2, Erik Willems was really incisive; 111 are his points, at 97 we find Nicola Recchia while Giuliano Mancuso is currently third (71 pt). The E3 class sees a derisory detachment between its riders; 99 are the points of leader Damianes Dietger, 95 those of runner-up Dan Mundell and 94 are those of third David Abgrall.

Alessandro Rizza leads the Senior with 114 points, 20 points behind him occupying second place Martin Gottvald while German Christoph Lessing is third at 70. The Englishman Nieve Holmes was the best within the Women, thanks to the 117 points collected during the season, Marie Vilde Holt is second at 93 while French Marine Lemoine is third at 90 lengths. Norwegian driver Marie, over the past few weeks has suffered a small shoulder injury but will still try to complete a good race. Diligenti Racing leads the Trade Team class at equal points with Lake Iseo, both have collected 111 points; the Sebino team is third at 77 lengths.

In the Airoh-branded Round, the Airoh Cross Test Trophy will see its champion crowned; will Erik Willems be able to conquer the beautiful helmet offered by Antonio Locatelli’s Italian brand? Another trophy, the Eleveit Enduro Test Trophy, awaits you to meet the winner of the beautiful prize, a pair of Eleveit boots; will Erik Willmes confirm what he has done so far by winning the pair of boots by Ivo Zanatta’s brand?

Nothing has been decided yet, probably on Saturday two or three classes will see the first European champions crowned for 2022, what is certain is that it will be a Round to remember! On Sunday evening, from 6 p.m., the Final Championship awards will take place, where the top three riders of each class will receive the prestigious medal packaged by FIM Europe.

Stay with us and follow us on the IG and Facebook social pages and consult our website so you don’t miss any information about the Borilli Enduro European Championship Airoh Round 4#! 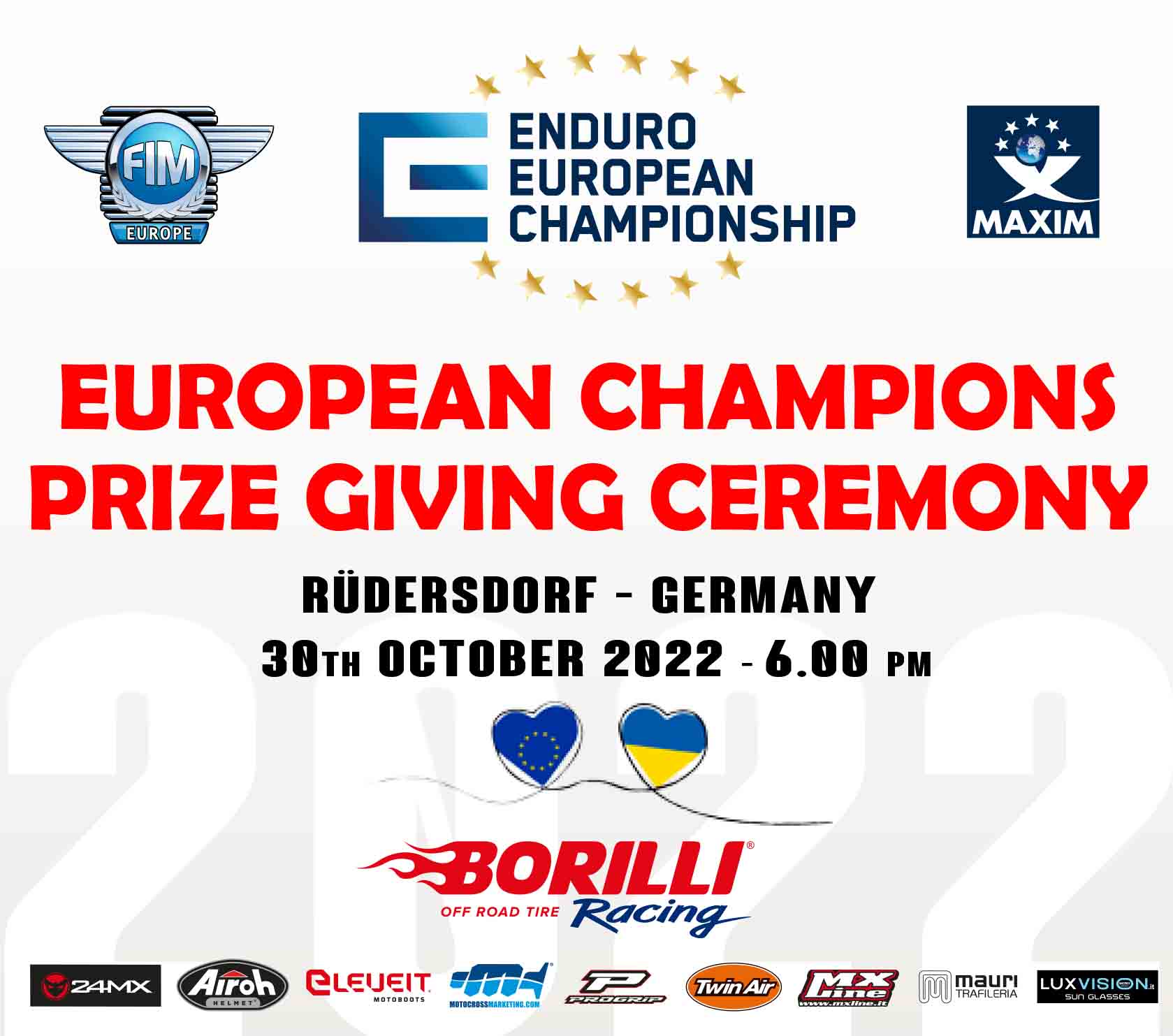