The season finale of the Borilli Enduro European Championship day 1 started on Saturday 29th October in Rudesdorf; the Airoh Round 4# with its 66 km of transfer and its three special tests challenged the hundred riders that had started the day. The sun accompanied the riders throughout the day, making the first day of the race pleasant. An exciting day 1 that saw five drivers win the continental title; Erik Willems, Nieve Holmes, Carlo Minot, Lorenzo Bernini and Alessandro Rizza climbed on the roof of Europe, thanks to notable performances. 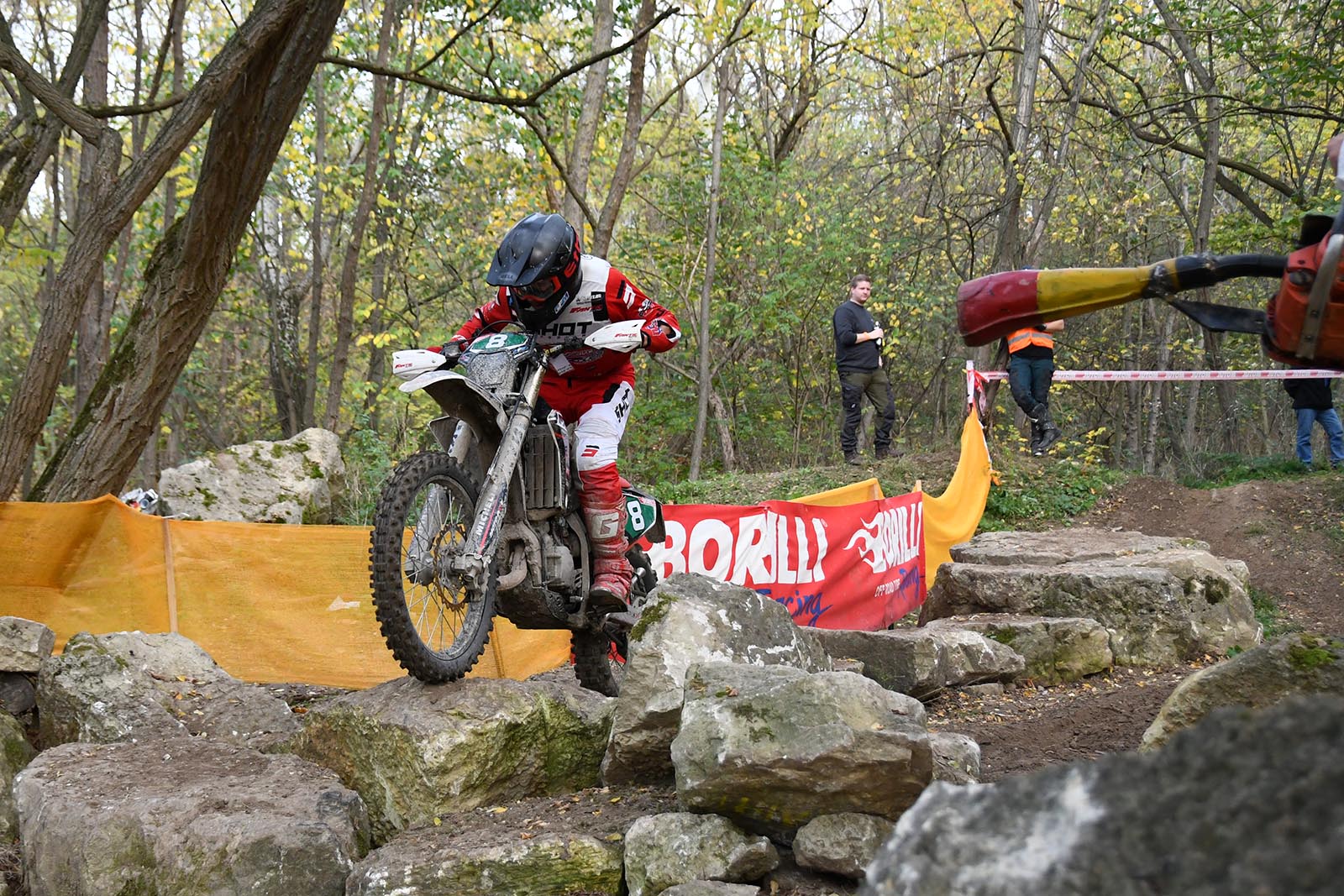 The departure of 8 a.m. saw the riders enter the first special test at the glow of the first lights of dawn. The 24MX Extreme Test, still wrapped in the dim of the night, opened the dances; thanks to its natural tracks, composed of several ups and downs, stones and roots, it has made clear the high technical level of the event. The Airoh Cross Test was no less, its sandy terrain proved to be another element of difficulty, however the most complex and selective test was the Eleveit Enduro Test; with a duration of about 12 minutes it made a difference in the final rankings. Its length and the numerous obstacles scattered throughout the track required a good dose of technique and control of the bike to be able to complete it successfully. 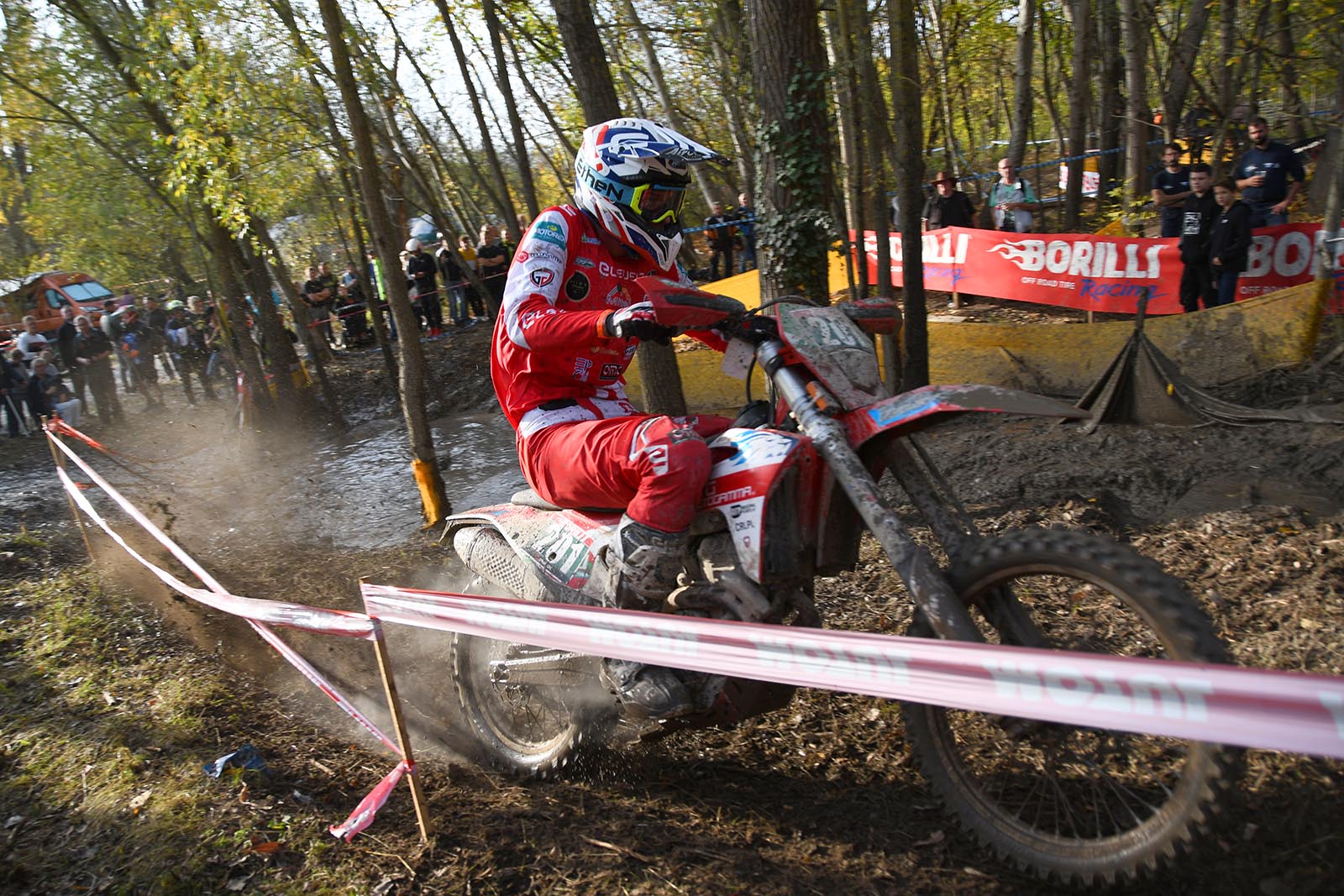 In the Overall Class the Italian Enrico Rinaldi was the fastest, with his smooth and effective way of riding scored incredible times and imposed himself on everyone. German Jeremy Sydow, defended home honours finishing in second overall position while young Frenchman Clement Clauzier surprised everyone by taking his Fantic 125 2t to the third step. Erik Willems didn’t have his best time however the title of European Champion is his own prerogative! An incredible year his, fast and steady in every Round has never lost the League Leader table, and today he has risen to the roof of Europe. The young talent from Clement Clauzier, triumphed in the Youth, and not only did he win the day but took the lead in the championship. Valentino Corsi shone on German soil and brought home the second class position while on the third step of the podium we found Maxime Clauzier. 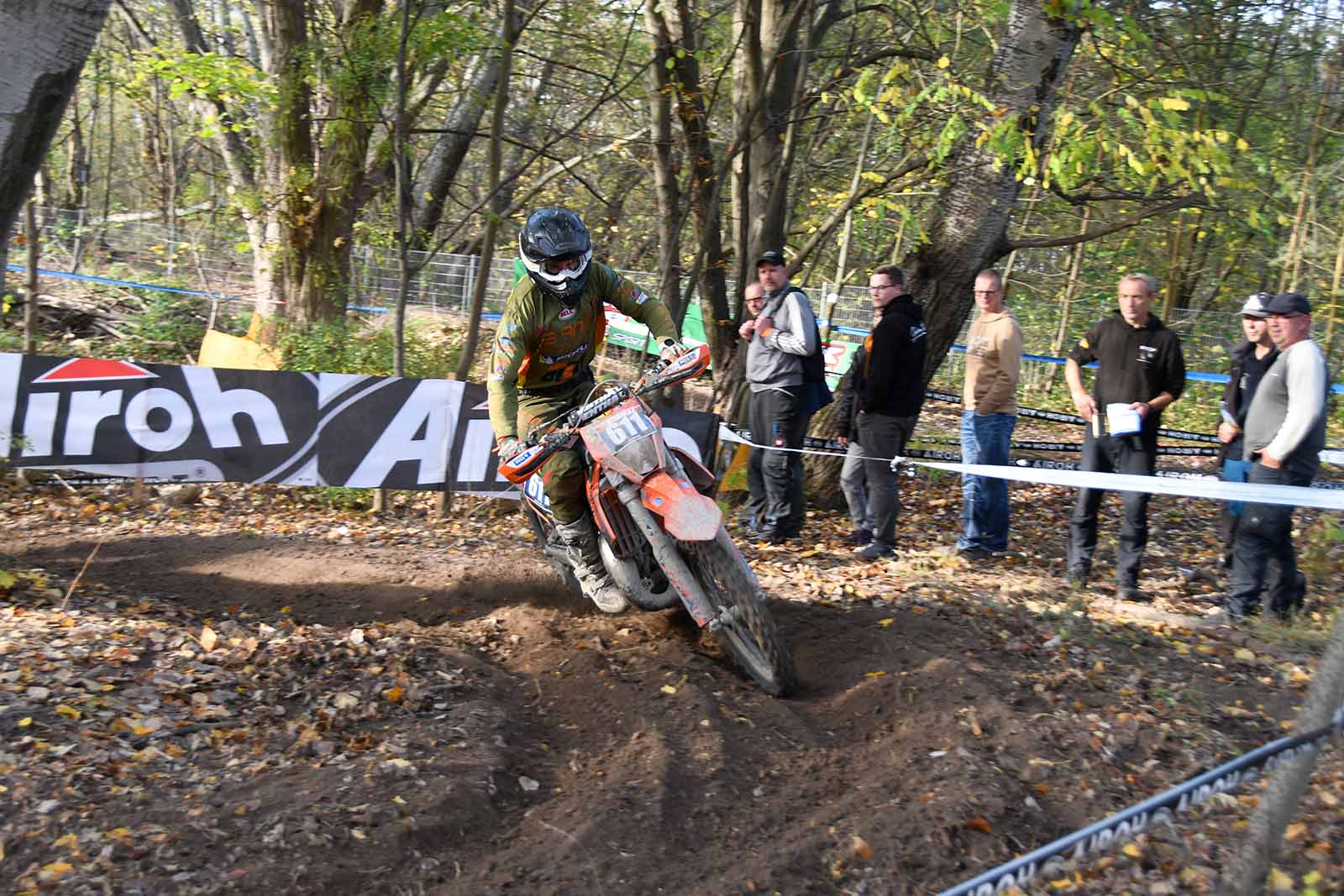 Carlo Minot wins both the day and the championship within Junior 1. His mind-blowing performance today allowed him to win his first continental title; a difficult year made off many sacrifices that were largely repaid. Leo Joyon performed well today, finishing on the second step of the podium. Killian Lunier finished third today, not the results that he wanted but he could have his payback during day 2. Enrico Rinaldi, returns to the continental enduro championship and takes home two victories, the Overall one and the Junior 2 class; behind him Andrea Gheza followed by the 2022 European champion, Lorenzo Bernini. Consistency always pays off and Bernini is the perfect example, the Junior 2 title is his. 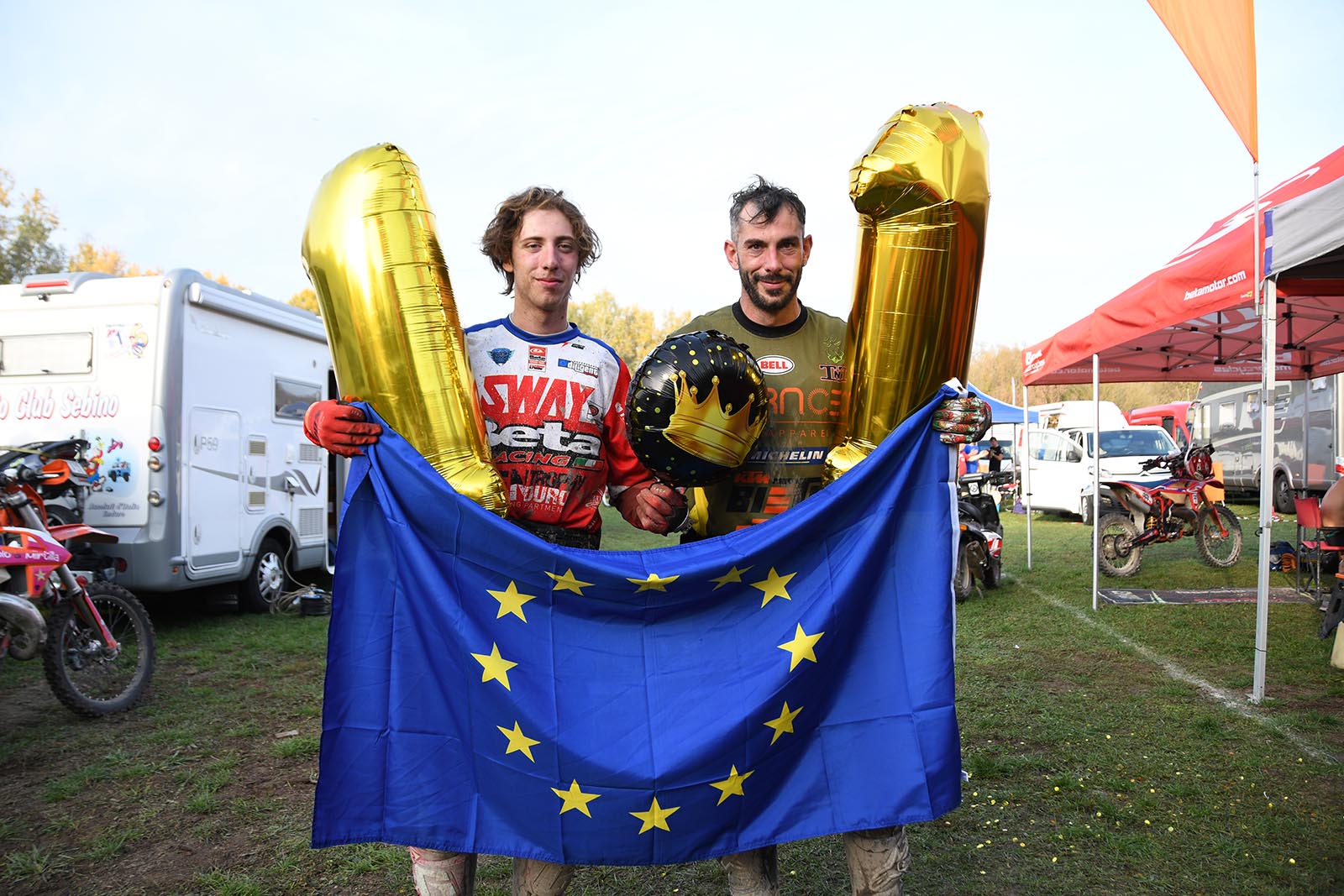 In the E1 class the German Jeremy Sydow triumphed over everyone, he was the fastest today, followed by compatriot Edward Hubner; Federico Aresi finished third and won valuable points for the championship standings. Italians dominated in the E2 class, which saw Giuliano Mancuso win a championship day for the first time, followed by compatriot Nicola Recchia while Championship Leader Erik Willems finished on the third step of the podium. Luca Fischeder laid down the law in the E3 class winning almost every single special test; the championship leader Damiaens Dietger concluded behind him while Frenchman David Abgrall closed the podium. Alessandro Rizza triumphed again in the Senior class, not only in today’s ranking but also in the league, he is the 2022 Senior European Champion. Martin Gottvald placed himself behind him and ranked Axel Hechel in third position. Francesca Nocera at her first appearance in this championship took home a beautiful victory of the day, relegating behind her the new 2022 European Champion, Nieve Holmes; the talented Englishman has finally realised her dream. Vilde Marie Holt despite a broken shoulder finished third, a remarkable performance given the high technical level of the race. Within the class reserved for Trade teams it was the Team of ADAC HTH Germany to win, followed by Diligenti Racing while closing the podium Lago d’Iseo. 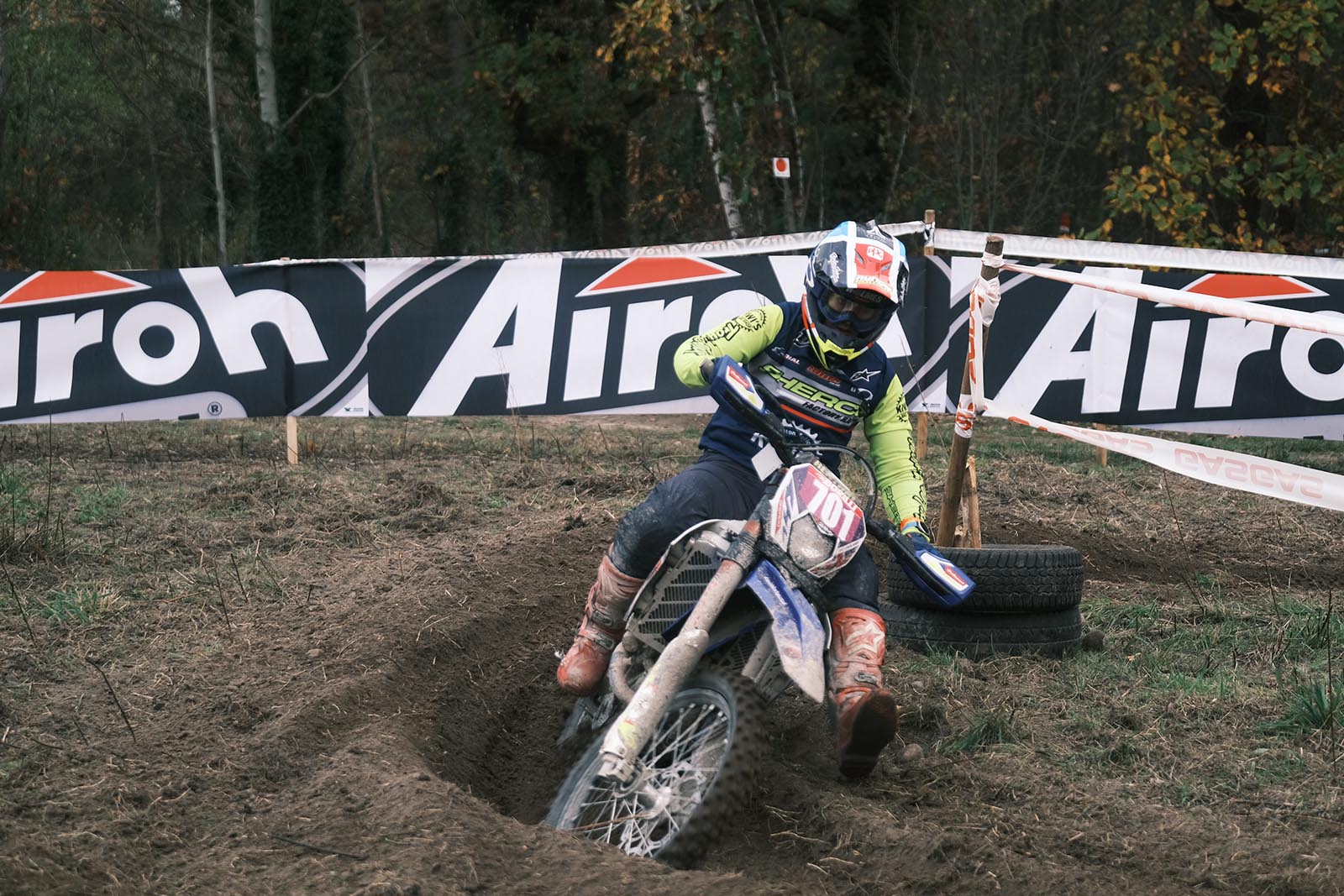 The Airoh Cross Test seemed to be the simplest test, however its terrain and narrow corners, combined with the formation of numerous channels, made its journey complex. The one who played it perfectly was German Jeremy Sydow. The most technical and difficult test was the Eleveit Enduro Test, its length and the numerous natural and artificial obstacles put a strain on the competitors in the race. Enrico Rinaldi did not find himself unprepared and brought home the best time.

The European Championship of Nations saw triumph in the National Team Trophy the Italian  national team won while in second position we find today the German Team and at the end of the podium today it is placed Netherlands’ Team. In the Youth / Junior trophy was won by France, in second position arrived the Italian Team while in third Checz Republic. In the Senior Trophy the best nation was Germany while the second ranked nation was Slovakia. In the Women ranking the best were the Italians, led by an amazing Francesca Nocera.

This first day of the race has ended and tomorrow from 7.30 am the great Continental Enduro Show of the Borilli Enduro European Championship 2022 will resume; the specials will be the same except for the incredible channels that have formed within them, however all this is part of the game. The closed arrival park will be moved close to the day 1 pre-end, while the pre-end becomes the end-of-race time control. At 16:45 the day and championship awards will begin, not missed.